FURUISE, at the VI Gasnam Congress, presents the advances of LNG as fuel in the river sector 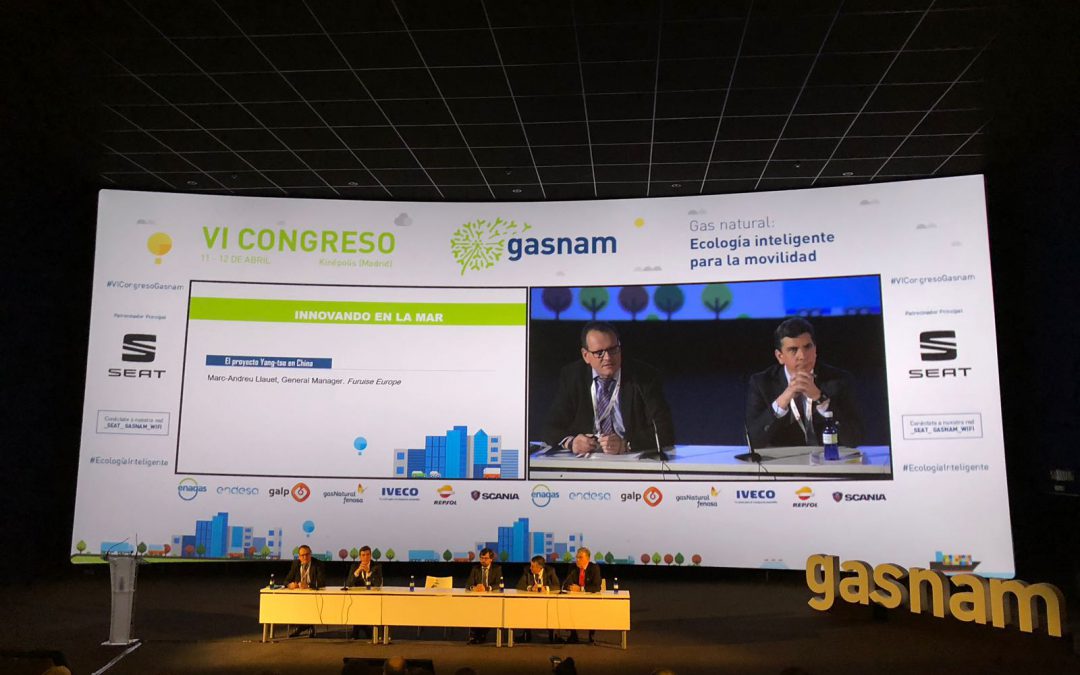 The VI Gasnam Congress has been a success. During the 2 days of the congress there were important executives and technicians presenting the news and future projects of their companies in the LNG and CNG sector: Luca de Meo President of SEAT, Pierre Lahutte President of IVECO, Adolfo Utor President of BALEARIA, or Marcelino Oreja CEO of ENAGAS among the most representative. The Congress has had a participation of more than 800 attendees.

The main conclusion of the conference was that gas as fuel is a reality, but we must continue to increase investment in infrastructure to consolidate it.

In the land sector, the objective for the Iberian Peninsula is to have a network of 300 CNG stations at 5 years’ time. In the field of LNG in the industrial sector, the conversions and, especially, the new equipment mainly from IVECO and SCANIA, already provide reliable tools and with enough power to tackle long distances at reduced cost and with lower level of contamination.

The actuality of the maritime sector could be seen too, such as the OSTENJO project of tugs manufactured by the shipyard GONDAN with FURUISE tanks assembled, or the future and current projects of BALEARIA.

In FURUISE we had the honor of being able to participate in the talk, explaining the situation of the use of LNG as fuel at the river in China, especially in the Yangtze River. Apart from exposing the subsidies that the Chinese government has been granting, and showing various tank models, it was reported that today there are already more than 600 coast barges or river boats that already operate in LNG. In addition there are 500 units under construction and 1,000 in portfolio. About this kind of units, FURUISE is the No. 1 manufacturer in China with more than 40% of the market.

These units are added to the more than 70 maritime IGF references that FURUISE has delivered since the first equipment supplied in 2008, being FURUISE the worldwide reference in the LNG storage sector for use as maritime-fluvial fuel. Our success is based on the high reliability of our equipment, an indispensable condition especially in the demanding maritime sector.

If you wish to receive the presentation, please contact us via web and we will be pleased to send it to you.